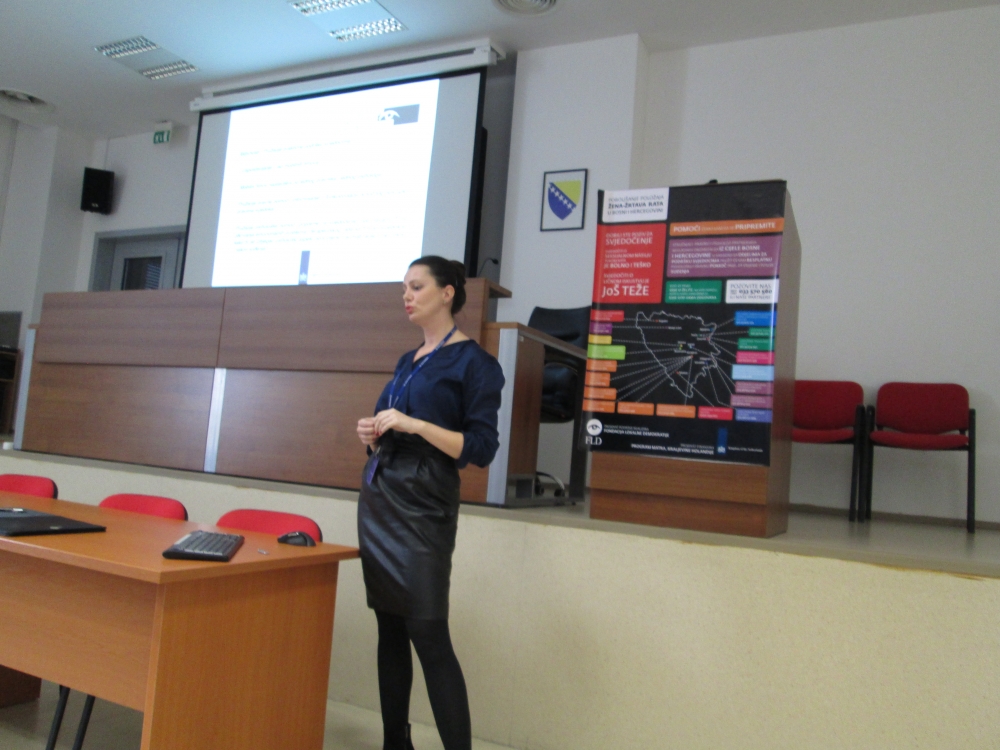 On November 11, 2014 Workshop titled „Support to witnesses before and after criminal procedure and support to investigators during investigation procedure“ has been held for SIPA investigators of war crimes and criminal offences against international humanitarian law, within the project „Improvement of the status of women victims of war in BiH“ implemented by Foundation of Local Democracy and supported by Matra programe of the Kingdom of the Netherlands. Workshop has been held in SIPA premises. Along with the training on protection of witnesses implemented by SIPA lecturers, aims of the project including Network for support to witnesses and mechanisms for providing legal and psychological assistance to witnesses before, during and after trials have been presented.