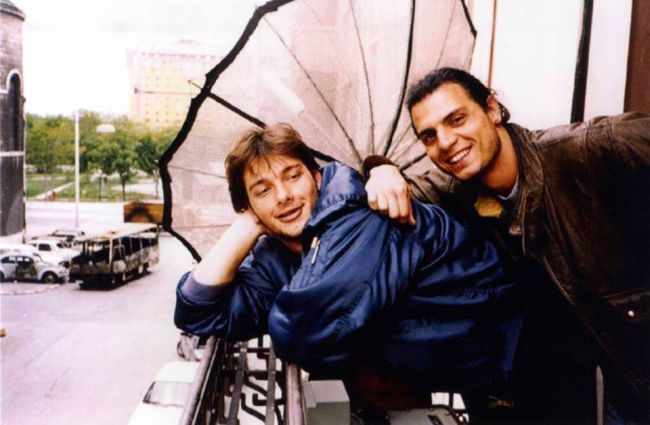 In the book printed on the occasion of 10 years since the war, called "Forsa Sarajevo – The city in our memory", published by the Assembly of the City of Barcelona, among the 60 authors, as witnesses of the war, journalist Eric Hauck as a more experienced colleague, but also very young, describes the road and the arrival to Sarajevo of a group of journalists including Pujol, his memory of him and all the circumstances in Sarajevo at the time.

As an introduction to the text entitled "Through the Wall of Intolerance," he quotes his fallen colleague Pujola:

In the book, among others, are the memories of other surviving war journalists and photographers from Barcelona: Miguel Ruiz Sanchez, Carlos Bosch, Ana Alba.... who have since then and afterwards as journalists, aid workers remained forever bound to Sarajevo and Bosnia and Herzegovina

Photo page of the diary of Jordi Pujol written the day before his death and the photos from the besieged Sarajevo of Eric Hauck (left) and Jordi Pujol (right). 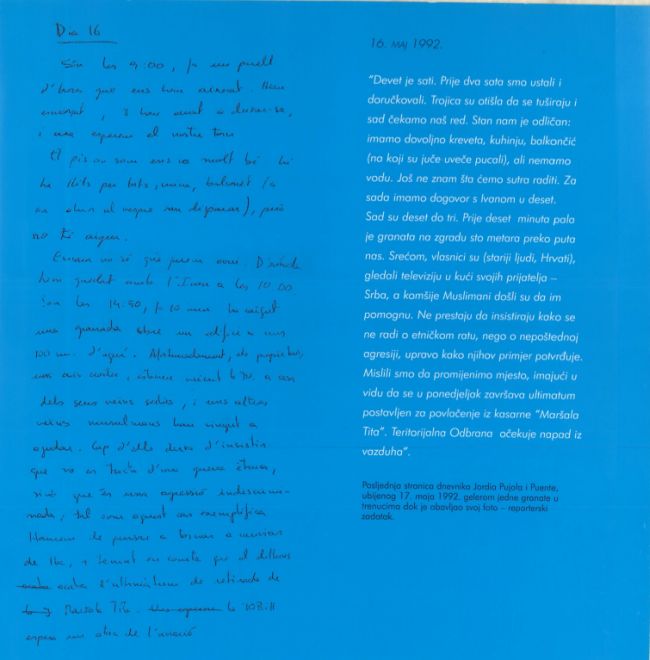 The Foundation of Local Democracy is the legal successor of the international humanitarian organization of the Embassy of Local Democracy Barcelona Sarajevo, which has been operating in Sarajevo and Bosnia and Herzegovina since 1996. During this time it was a bridge of cooperation between the two cities and people from different areas. In addition, hundreds of projects have been realized through which significant funds have been invested. Eric Hauck and Carlos Bosch were the first directors who were invited by the Barcelona City Assembly to take over this function, as they were considered to be acquainted with the situation in Sarajevo and BiH at the time.