Highlight of the campaign was marked by the official handing over a check worth 6,000 KM to non-governmental organizations Foundation for Local Democracy. By campaign " Hit me, not women " Avon wants to draw public attention to the problem of domestic violence , which is increasing in our country and educate the broader population about ways to help people who are facing this problem. In this way Avon in BiH confirms one of the main objectives of this company for women, humanitarian work and advocacy for women and return to the local community. The funds donated by Avon will be focused on those most needed, victims of violence: "I would like to thank Avon, which proved to be the ideal partner, who understands the importance of corporate social responsibility and investment in the community. I believe that is the only way to achieve the goal of supporting the victims, but also in raising public awareness about the problem of domestic violence in our society. 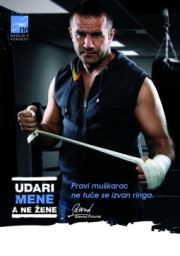 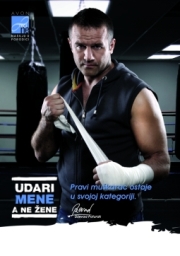 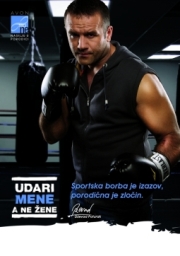 IT is important to emphasize that domestic violence should always be reported to competent authorities and for those who are faced it, to seek appropriate help, which can always be found on free SOS number 1265 for the territory of the Federation of Bosnia and Herzegovina and 1264 for the territory of the Republic of Srpska. These funds will be distributed to eight shelters, members of Safe Network BiH, that operate on the territory of Bosnia and Herzegovina and it will definitely get into the right hands", said Jasmina Mujezinovic, Executive Director of Foundation for Local Democracy, an organization that over the past 17 years works in the field of protection, promotion and advancement of human rights and has become an inevitable partner to institutions in the field of human rights protection. " We are proud that this Avon donation goes to those who really need it. As a socially responsible company in whose tradition is a commitment to the women life quality, Avon BiH has recognized the importance of this fight, because domestic violence is very often and we need to be aware of how important it is to talk about it , to fight against it and say STOP to violence ", said Damir Harmandić, Sales Manager of Avon . Avon global foundation for women, which has been operating since the 1955th, today represents the largest corporate philanthropic foundation, which has so far donated more than 900 million dollars for the benefit of women worldwide. 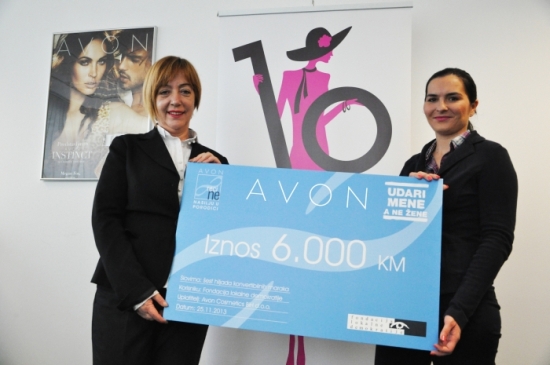 And this donation will certainly represent a step in the field of continuous support in the fight for women's rights. "We want to draw attention to the problem of domestic violence whose victims are most often women, we want to encourage all victims to get rid of the vicious circle of domestic violence and to be aware that can seek help and change their life“, emphasized Šejla Korjenić , Avon Coordinator of Public Relations and Marketing. Donated funds are collected exclusively from the selling Avon products from line products with the sign of infinity for combating domestic violence which are in Avon brochure available throughout the year. We thank to all users and members of the team who by purchasing had contributed to this important fight, and we invite you