Whithn the project "Green Line" is realised the project activities intended for the young population to education and prevention of violence in adolescent relationships. Training sessions are intended for students of primary and secondary schools in Bosnia and Herzegovina. In addition to the regular activities Foundation of Local Democracy, with financial support from UNFPA in collaboration with actor / director Zijah Sokolovic, wants to encourage creative learning about nonviolence and violence as totally unacceptable behavior and communication, through the medium of theater and realization of performance

In the October there has been realized 5 (five) plays in elementary schools Podrinje Canton and 8 (eight) in the Herzegovina-Neretva Canton. For November, it is planned to realise play in Tuzla Canton. By the end of the year it is planned to implement a total of 30 performances. 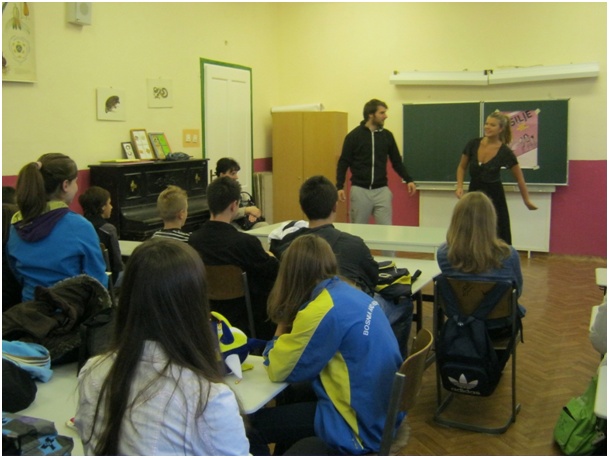