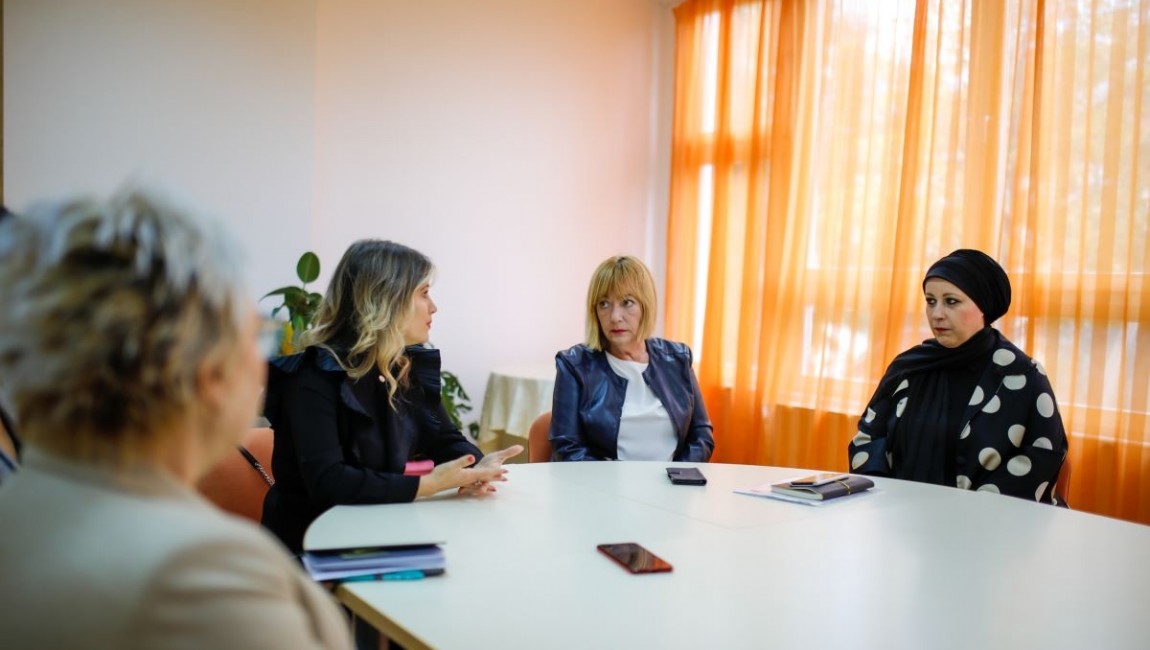 The Ministry of Labour, Social Policy, Displaced Persons and Refugees of the Sarajevo Canton adopted the Social Program as a set of measures and activities aimed at preventing and eliminating the state of social insecurity of certain categories of the population. The activity of the program "Protection of victims of domestic violence" refers to former users of the Safe House in Sarajevo, who decided to leave the perpetrator of violence and start an independent life, and they will be provided with funds for rent and utilities for four months

Beneficiaries who meet all the requirements for this program will choose a Mobile Team consisting of representatives of the Ju Center for Social Work KS and the Foundation for Local Democracy. Selected beneficiaries will be entitled to funds for utilities and housing in the amount of up to 600.00 KM.

On this occasion, the Minister of the Cantonal Ministry for Labour, Social Policy, Displaced Persons and Refugees Ivana Prvulović visited the Safe House last Friday (September 30, 2022) and discussed the current phase of program implementation with the director of the Foundation for Local Democracy Jasmina Mujezinović, the manager of the Safe House Mubera Hodžić-Lemeš as well as the representatives of the  Center for Social Work of Sarajevo Canton.

- I am sure that this measure will significantly contribute to the empowerment of women who have managed to break away from abusers in the family and who have dared to lead an independent life. I would be very happy if this pilot project, which we will implement by the end of the current year, grows into a regular form of social protection and becomes part of the systemic solution to one of the problems of victims of domestic violence - said Minister Prvulović.

Gratitude for the understanding and support of the Ministry for Women, Victims of Domestic Violence in KS, was also expressed by the manager of the Safe House Mubera Hodžić-Lemeš, and emphasized that it is very important to encourage victims to report violence and let them know that the system will support them in this.

- It is extremely important to encourage victims to report violence so that they know that the system is behind them, that after they leave the 'Safe House' they take a big step towards independence, and are provided with housing and economically empowered - said Hodžić-Lemeš.

The Local Democracy Foundation has been advocating for years for better treatment of victims of domestic violence after they leave the Safe House and become independent, and on this occasion, we would like to thank the Ministry of Labour, Displaced Persons and Refugees of the KS for understanding this issue and the adopted social program.