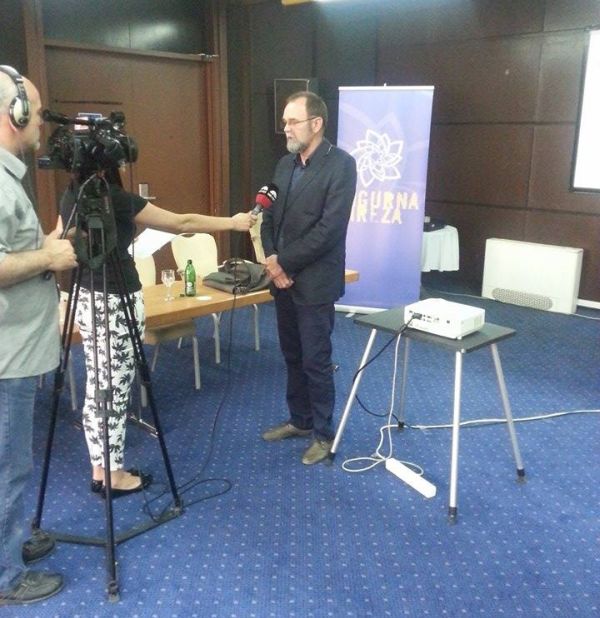 The guests were first addressed by Jasmina Mujezinović, the Executive Director of the Foundation for Local Democracy, with a welcoming speech. She reminded the attendees that the priority action of the Safe Network is the establishment of an institutional framework for the activities of civil society organizations in the field of combating domestic violence at the national and regional level in order to access the organized search for systemic solutions to combat domestic violence, which can be achieved only with the support of the competent institutions. More…..

Gordana Vidović, the Director of Budućnost Modriča presented the results of the activities of the Safe Network since its reactivation in 2011 to the present. In her presentation she pointed out that in this period the capacities of the members of the network were significantly strengthened on the basis of internal coordination mechanisms, adopted strategic documents, the openness of the network for the admission of new members, the active promotion of the Safe Network, lobbying for the adoption of the amendments to the law on protection against domestic violence and adoption of bylaws.

Amra Hadžić, the Program Manager of the Foundation of Local Democracy presented the plan of action of the Safe Network for 2015, with an emphasis on activities in the field of cooperation with the competent institutions of the system. The SN advocates problem solving on the basis of the agreed strategy of advocacy for joint action with the relevant institutions of the system

All members of the SN as well as guests were given the opportunity to present themselves and to inform the attendees about the priorities of the activities of their organizations and institutions when it comes to prevention, protection and combating domestic violence.

It was pointed out that eight permanent members of the Safe Network manage safe houses-shelters for women and children victims of domestic violence. 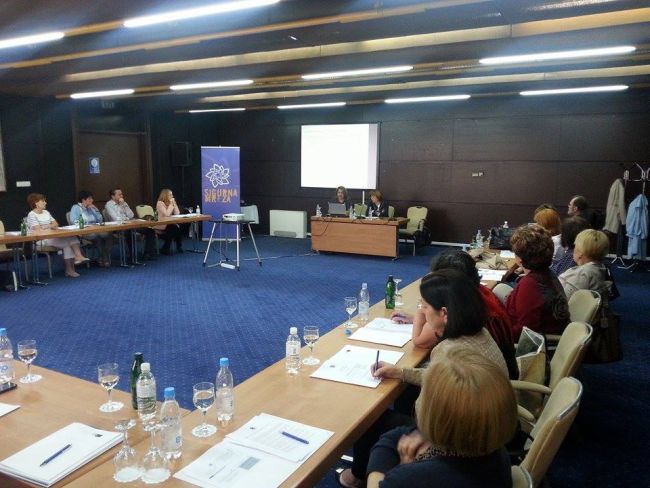 After the first part of the Assembly, a press conference was held, open to guests, where the media are informed about the objectives of the activities of the Safe the network and had the opportunity to obtain statements from some of the participants at the Assembly.

The representative of UN Women in BH, Anne-Marie Esper Larsen said that no country in the world has achieved equality for women at a satisfactory level, therefore work needs to continue on the empowerment of women and a greater degree of equality.

She believes that the institutions of the system did not provide much of a contribution, considering the fact that BH has ratified the Istanbul Convention, which among other things prescribes the combating of violence against women and girls, and that it is therefore necessary to provide services that will support victims of domestic violence.

The Secretary of the Commission for Gender Equality of the Parliamentary Assembly of BiH Davorin Semenik is of the opinion that the "advantages" of NGOs such as those in the field is that their work is more visible to citizens, but also that the authorities must create a legislative framework, provide resources and capacities to the NGOs in order for them to do their work well.

”The problem of domestic violence is complex, requires a lot of work, the effort of all institutions and NGOs. It is a job that cannot be solved by a single Regulation, a single law, it is a marathon. No country, no matter how developed, has succeeded in eradicating this problem. Violence is not a private matter, it is a social problem and it must be tackled at all levels, "said Semenik.

What we are currently working on, he says, is the adoption of a national strategy for the implementation of the Istanbul Convention.

The Executive Director of the Foundation of Local Democracy Jasmina Mujezinović stressed that NGOs have been trying over the years to make domestic violence become a public, social problem, not a private problem, and that more should be done on prevention.

”A public presentation of domestic violence is needed, but there is a noticeable lack of a quality service provider where the victim's children feel safe, secure and have a way out of this situation," said Mujezinović.