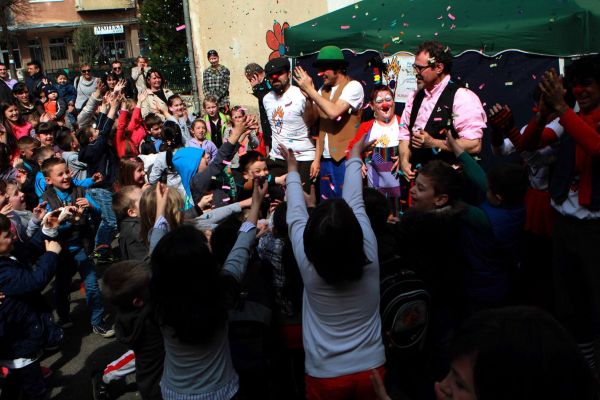 We are pleased to inform you that the Association of Barcelona "Clowns without Borders" is in visiting our country. During the two weeks in BiH, this association has visited and cheered the children with their performance over the area of Gorazde, Srebrenica, Višići Stolac, Pocitelj and Sarajevo.

The opportunity to see the first performance had students of primary school "Husein ef. Đozo " on Monday, 23 March, 2015. in Gorazde. Meanwhile Association "Clowns without Borders"  had organized 18 performances, mostly in regional elementary schools. They also visited the children in the Safe House of  Foundation of Local Democracy and Children's Home Bjelave in Sarajevo, as well as Refugee-reception Center Salakovac in Mostar. Before going back to Barcelona they will perform the last show on 3 April, in Pazarić. 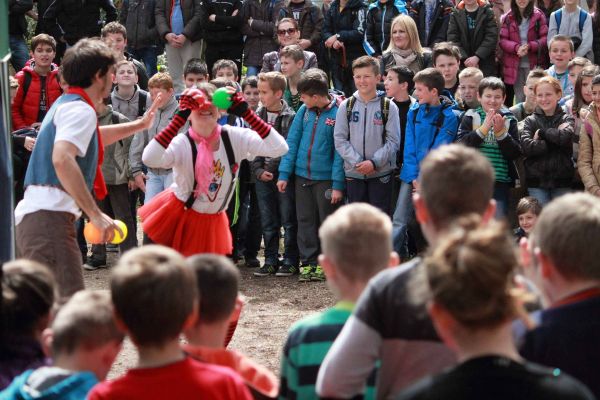 "Clowns without Borders" is organization founded in Barcelona in 1993, guided by the idea that in conflict situations and in areas where the violence largely exist - humor and entertainment provided by clowns has a psychologically positive impact on children who have experienced a crisis. Association "Clowns without Borders" was founded by clown Tortella Poltrona in 1993, when for the first time decided to visit one refugee camp in Croatia. Since then "Clowns without Borders" participated in over 90 expeditions in zones of conflict, post-conflict zones, as in refugee camps. In  Bosnia and Herzegovina they have came several times, the last time in 2013 when they made thirty performances for children mostly in  schools from smaller towns. 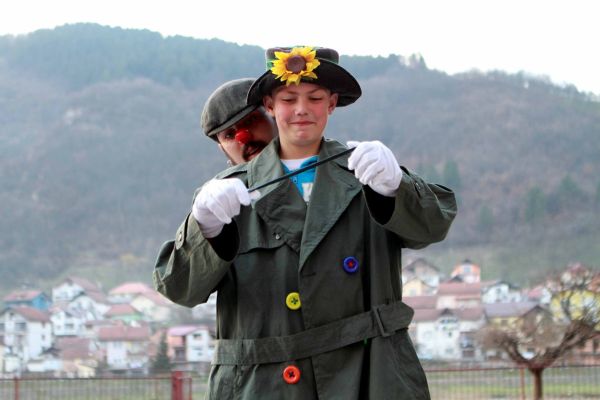 Association "Clowns without Borders" comes in BiH in cooperation with NGO Foundation of Local Democracy from Sarajevo. Organization that grew out of an international organization Embassy of Local Democracy Barcelona-Sarajevo, established in 1996. Since then this organization professionally and intensively works on achievement of positive changes  in BH society.