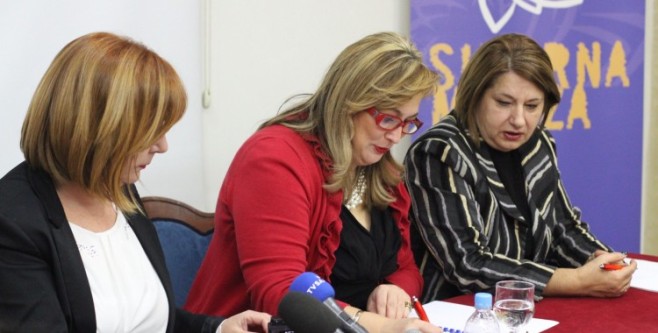 The agreement was signed in order to effectively implement the Law on Gender Equality in Bosnia and Herzegovina, the ratified Council of Europe Convention on preventing and combating violence against women and domestic violence (Istanbul Convention) and the adopted Framework Strategy for the Implementation of the Istanbul Convention in B&H for the period 2015 - 2018.

By the ratification Bosnia and Herzegovina is obliged to undertake legislative and other measures to ensure the legal, institutional and organizational framework for the prevention of violence against women, protection of victims and punishment of the perpetrators of violence and prevention of the recurrence of violence.

Established mutual cooperation will be reflected in the coordination of all measures as defined in the Convention. The signing of an agreement is example of good cooperation between the government and nongovernmental sector toward the common goal of eliminating violence against women.

On behalf of the Safe Network the agreement was signed by 9 members of the Safe Network Board,  a network which consists of a total of 22 NGOs from the territory of Bosnia and Herzegovina which are directly involved in the prevention, protection and the fight against domestic violence, and which run shelters.

Executive Director of the Foundation of Local Democracy,  Jasmina Mujezinović said that NGOs can be an equal partner and can participate in important decision making and that Safe Network represents the power of  NGO’s.

Director of NGO "The Future" from Modriča, Gordana Vidović, on behalf of Safe Network said that agreement is only one initial step, and in the future it will result in developing of an Action plan.

On behalf of the Agency for Gender Equality of the Ministry for Human Rights and Refugees, the agreement was signed by Director Samra Filipovic-Hadžiabdić, who said that signing of this agreement represents an example of a good practice in cooperation between government and non-government sector in the common goal of eliminating violence against women and domestic violence. 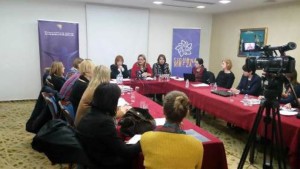