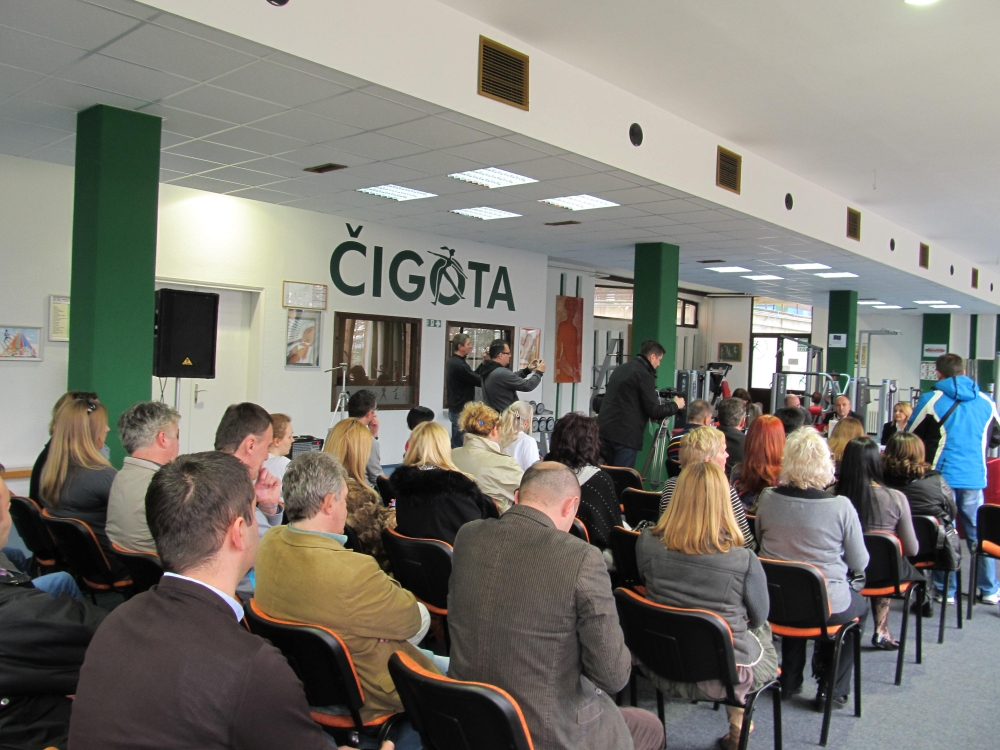 In the Special Hostpital in Čigota, on 26th March 2014 at 12:00, a gym was opened, which was renovated within the framework of the CBC project of Development and Promotion of Health Tourism in the Cross-Border Region of Bosnia and Herzegovina and Serbia.

The Project CROSS SPA is financed by the European Union and is implemented by the Tourist Organization of the region of Western Serbia Užice in partnership with the Foundation of Local Democracy from Sarajevo. The partners in the project are the Regional Development Agency from Užica and the Sarajevo Regional Development Agency SERDA. The purchased and installed equipment is tailored to the needs of the beneficiaries and health programs of Čigota and Čigotica, and in addition to this, apart from the primary function, this equipment can be used by all other interested users of existing and new health programs of the institution. The health programs of the Special Hospital in Čigota so far have been used by about 40,000 users, and the program Čigotica has been used by over 3,000 obese children. The opening of the renovated gym, in addition to the representatives of Čigota ,spas from B&H and the project partners, was attended by representatives of the Tourist Organization of Serbia, Ministry of Economy of the Republic of Serbia-Tourism Department, the president of the Cluster of Health, Spa and Wellness Tourism of Serbia and the Medical Spa Association of Serbia, as well as representatives of local tourism organizations, tourism agencies, associations, tourist guides and health centres in Bosnia and Herzegovina and Serbia. 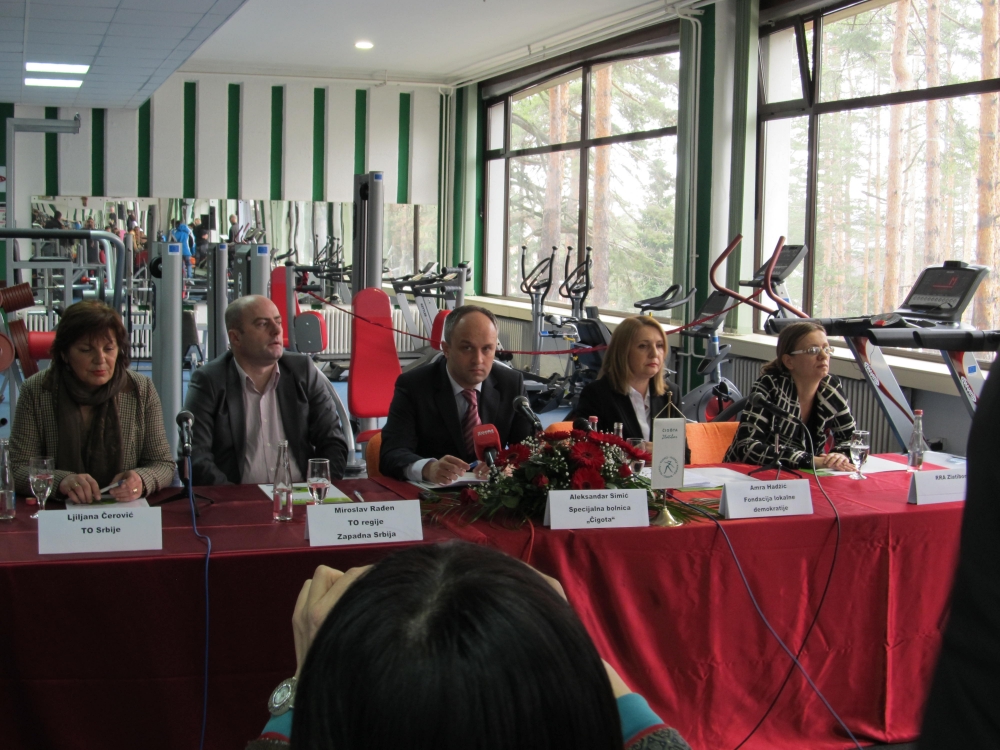 Within the project CROSS SPA in Čigota on 25th March 2014 a Workshop was realized on "Creating a joint tourist product". Representatives of the spas, project beneficiaries, tourism organizations and travel agencies from Bosnia and Serbia, jointly worked on the identification of integrated supply of health tourism in the cross-border area. The consultants, based on the conclusions of the workshop, will pack the distinctive tourist product, for which a marketing plan for promotion will be created after which it will be offered to tour operators to include in their tourist offers to further promote The Workshop was attended by 52 representatives of the aforementioned institutions of both countries. News and videos from the opening of the gym, can be seen at the following link http://www.zoomue.rs/index.php/dnevne-vesti/191-otvorena-renovirana-teretana-u-cigoti