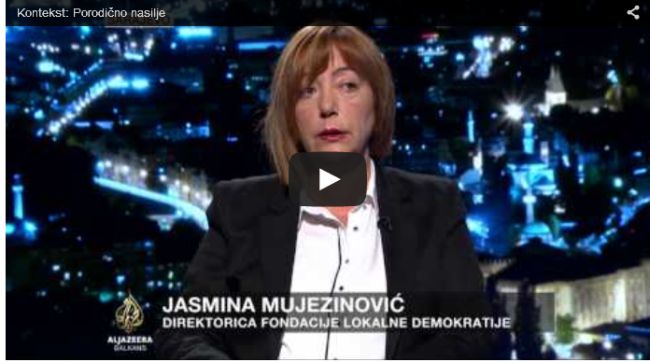 In a highly watched show Context produced by Aljazeera Balkans, the guest was Jasmina Mujezinovic, executive director of the Foundation for Local Democracy.

The reason for the title theme was a series of tragic events in Serbia, when in two days, during one week, four husbands killed their wives. Through the announcement: "What is the trigger for these crimes, why victims hide long-term abuse, who is turning away from violence – do the law must be changed or the people's consciousness?", the guests from Serbia Slavica Djukic-Dejanovic, director of the psychiatric clinic "Laza Lazarevic " and from Zagreb Zeljko Babic, director of the House" Rainbow Zagreb" also spoke on this theme.