In joint organization of the Ministry for Human Rights and Refugees, the Agency for Gender Equality and the Council of Europe - the Department for the European Social Charter, within the activities of the BH presidency of the Council of Europe, on October 20 the conference „Monitoring and implementation of the Istanbul Convention - new synergy " has been realized.

Jasmina Mujezinovic, executive director of the Foundation for Local Democracy participated in the conference as a representative of Safe Network (28 NGOs from all over Bosnia and Herzegovina whose mission is prevention and combating domestic violence) and stressed the importance of involvement of state institutions who announced determined fight against violence. 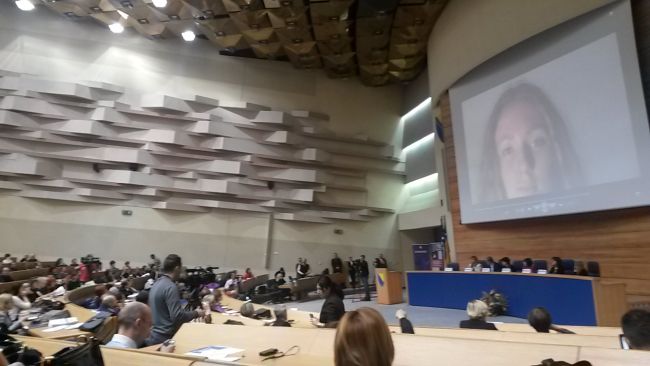 Minister for Human Rights and Refugees, Semiha Borovac reminded that BiH is the sixth country of the Council of Europe which has ratified the Istanbul Convention  in November 2013, and in July of this year the Council of Ministers adopted the Framework Strategy for the implementation of this convention and thus already opened the way to its implementation. As pointed out, in addition to legislative changes, economic empowerment of women would significantly contribute to prevention and fight against domestic violence. The participants of the conference in Sarajevo were representatives of the Council of Europe member states and representatives of national and regional institutions for human rights and gender equality.