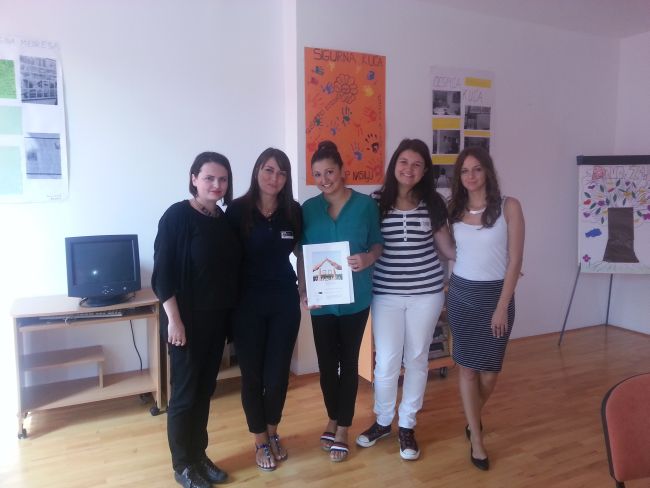 In September, the Safe House was visited by the representatives of Youth Council of Municipality of Ilidža.

During the visit the letters of thanks has been handed them for the support and cooperation. In May activists of the Youth Council invited Foundation of Local Democracy to hold a lecture on domestic violence issue  for their activists in the premises of the Municipality Ilidža.

Left Nataša Mujkanović- coordinator in the safe house with activists of the Youth Council Also, activists have collected the funds which were used for buying the sweets for the children accommodated in the safe house. on this occasion, the further cooperation with the aim of raising awareness about the problem of violence against women and children was discussed. 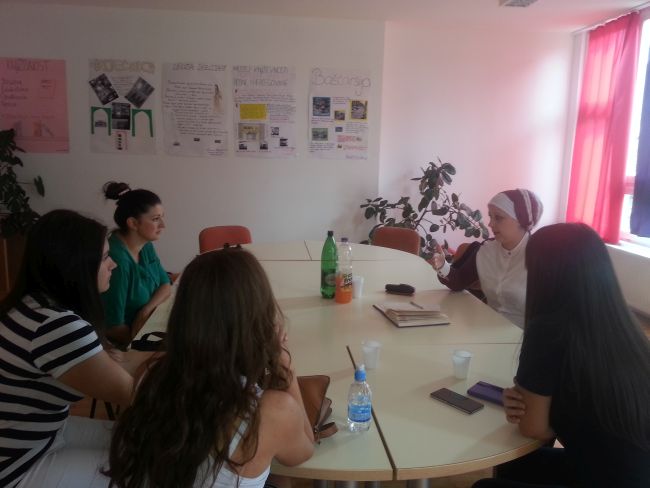 Manager of the safe house, Mubera Hodžić - Lemeš in conversation with young activists.