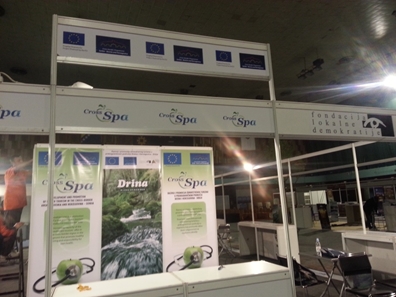 At the invitation of the Ministry of Tourism of the Federation of Bosnia and Herzegovina, project CROSS SPA was presented on the International Days of Tourism 2014 from 8th to 11th May in Skenderija Centre Sarajevo.

With the support of EU and with co-financing of the project beneficiaries, spas of Sarajevo macro-region and region of Western Serbia, project CROSS SPA was presented at a special booth within the Days of Tourism. Equipping the stand and visual identity has been done in respect of the rules of donor’s visibility and with the approval of the European Union. Posters that were arranged on the booth were used to promote the potential of spas and regions covered by the CROSS SPA project. 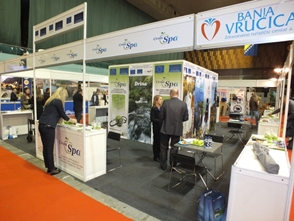 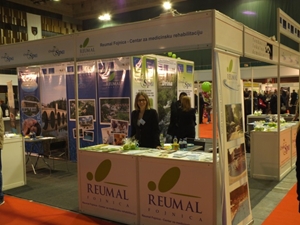 Within the project, spas and partners from cross-border region: Terme Ilidza, Reumal Fojnica, Aquaterm Olovo and, as a guest of the project, spa Vrucica Teslic (BIH), and Special Hospital Cigota from Zlatibor, Tourism Organization of Western Serbia and Tourism organizations of Zlatibor and Prijepolje (Serbia) were presented. 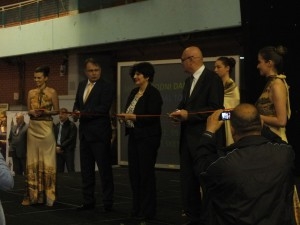 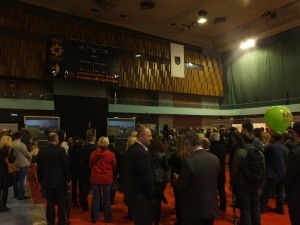 There was also the presentation of the project and project partners, representatives of implementers and spas in cross-border area. Overall, the presentation of the project CROSS SPA was well covered by the media companies (TV companies from BiH and international broadcasters Anatolia that interviewed project managers, directors of spas, directors of tourism organizations and other representatives) which have broadcasted news on the project.

Business contacts are established with tourism organizations from BiH and the participating countries: Turkey, Bahrain, Croatia, and exchanged promotional materials. 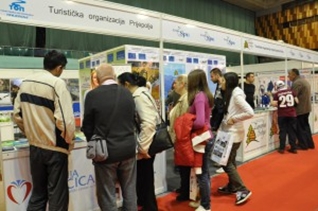 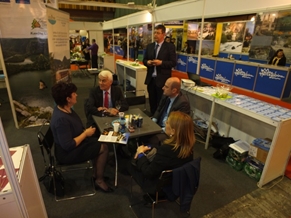 This additional project activity of the project CROSS SPA has largely contributed to the realization of the main objectives of the project – strengthening regional cooperation and sustainable economic development of the cross-border area of Bosnia and Herzegovina and Serbia, through the establishment of a joint integrated health tourism product. Visibility of the project and promotion of project activities is significant improvement over the project proposal, because participation in the Days of Tourism has enabled us to introduce the general public and a numerous tour operators and media representatives.