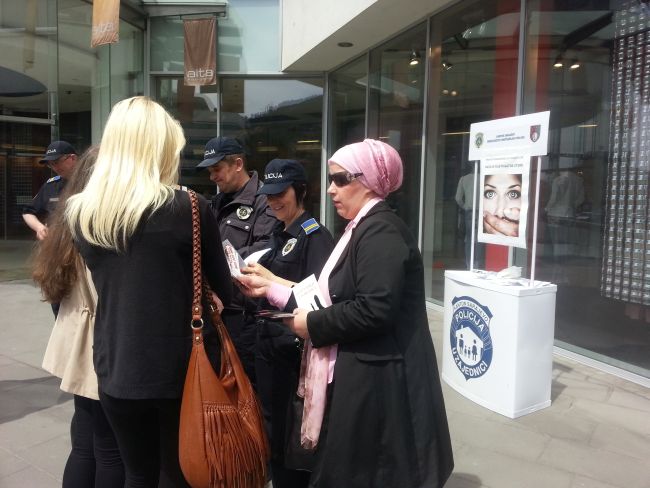 This year, the activities on interviewing and introducing the citizens with the issue of domestic violence were conducting, such as the mandatory legal obligation of every citizen to report violence. On April 23, 2015, in the period from 12:00 to 14:00 o’clock, in front of "Alta" shopping in Sarajevo, representatives of FLD and the police talked to citizens /  on domestic violence, inform them and distributed flyers with SOS phone.

This activity falls within the activities of the Coordinating Body for the Prevention of Domestic Violence in Sarajevo Canton. The  appointed Coordinating Body consists of representatives of the five ministries of the Canton Sarajevo competent in this area, and FLD. This body was founded in 2005 on the initiative of FLD, in order to establish the systematic approach to domestic violence issues. Foundation of local Democracy with the Ministry of Interior has a long-term cooperation which was officially announced by the signing of the Protocol on the procedure for reporting domestic violence in Canton Sarajevo through the SOS line, as well as the Treaty and the Protocol on the accommodation of victims of violence in the safe house, which is being implemented with the relevant institutions . 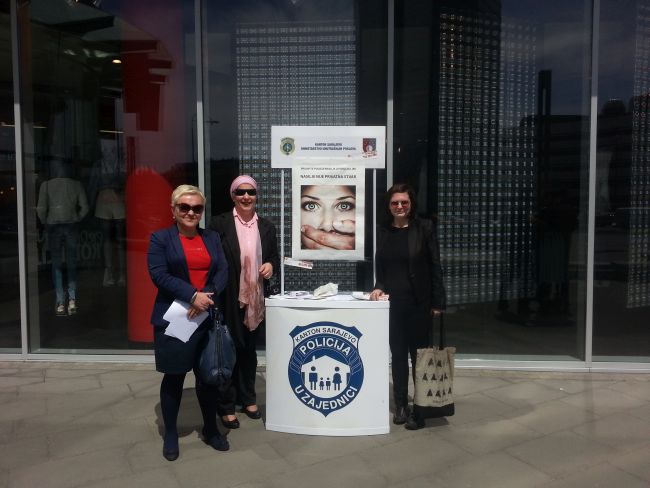